The Aging Brain, Not Dementia 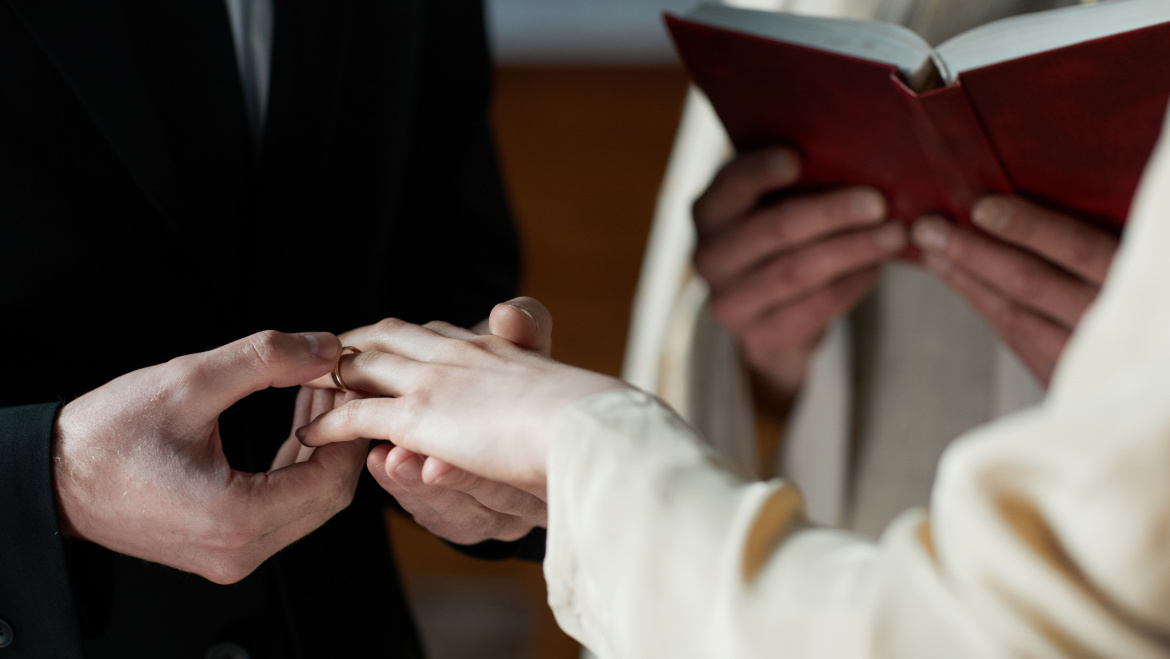 Aging is no longer directly related to dementia as it used to be. The medical books have been updated when cases of dementia in patients as young as 30 years, have been confirmed by experts. Although this true story isn’t much about anti aging, it is a beautiful story nevertheless to remind us that what the brain forgets, the heart still remembers. True soulmates 🙂

Man with Alzheimer’s forgot he was married to his wife. He proposed and they wed again.

“There wasn’t a dry eye“

Lisa and Peter Marshall were watching a wedding scene on a TV show late last year when he suddenly looked at his wife and exclaimed, “Let’s do it!’ ”

When he pointed to the TV, she asked: “Do you want to get married?”

He said yes with a big smile.

“Well, okay — we should get married then,” Lisa Marshall recalled telling him.

The next day, she wondered whether her husband would remember asking her, and he didn’t. He also didn’t remember their first wedding, said Marshall, and for the past six months he has simply thought of her as his favorite caregiver.

Peter Marshall, 56, has early onset Alzheimer’s disease — a form of dementia that generally afflicts people in their 30s to 60s and makes up about 10 percent of Alzheimer’s cases overall.

“It’s been devastating, but I’ve done my best to stay positive and focus on one day at a time,” said Lisa Marshall, 54, who lives in Andover, Conn. “My mantra has always been to have no regrets.”

In January, her husband’s mind began declining at a faster pace. And so 20 years after their romance began, with her husband’s recent proposal, it seemed like perfect timing to renew their vows, she said.

“It was then that I started thinking, ‘Maybe we really ought to do this,’ ” she said, adding that her daughter, Sarah Brehant, urged her to do it.

Brehant, 32, runs a wedding planning business and told her mom that she’d organize the entire event.

“I knew that my stepdad, who I am very close with, was there through some of the toughest times of my life,” Brehant said. “He means so much to me, and my mom is my best friend, so I was proud to be able to take on such an important role.”

Brehant contacted a dozen vendors she regularly works with and asked if they’d be interested in making a wedding happen in six weeks, she said.

They all volunteered to help at no cost, she said, from the Mill 1 reception center in Holyoke, Mass., to the florist and the saxophonist who offered to play “Unforgettable” as Lisa Marshall walked down the aisle, Brehant said.

On April 26, as family members and a few friends looked on, Brehant walked her mother to join hands with her stepfather. Officiating the vows was Adrianne DeVivo, a dementia specialist at Hartford Healthcare who helped Lisa Marshall set up a care plan for her husband, and is licensed to perform weddings.

When Lisa Marshall joined her longtime husband at the altar, he leaned in and gave her a kiss.

“It was just magical — straight out of a fairy tale,” she said, adding that a video of the wedding is starting to circulate on YouTube.

“There wasn’t a dry eye, and I was over the moon,” she said. “I hadn’t seen Peter that happy in a long time.”

The most popular and interesting stories of the day to keep you in the know. In your inbox, every day.

The two once lived across the street from each other in the same neighborhood in Harrisburg, Pa., and a romance blossomed between them in 2001 after they had each divorced, Lisa Marshall said.

He had moved to Connecticut to work as a compliance manager for a financial company, while she worked in radio advertising, she said. Between them, they had five children.

“We had a long-distance relationship for eight years because neither one of us wanted to uproot our children,” Lisa Marshall recalled. “But after my youngest went off to college, we decided to get married.”

On Aug. 13, 2009, the Marshalls were married in front of their adult children in a beachside gazebo in Turks and Caicos. Then Lisa Marshall moved to Andover to start a new chapter with Peter.

She didn’t anticipate that the “for better or worse” part of their wedding vows would be put to the test about seven years later, she said.

In 2017, Peter began giving her directions to their own home and he had difficulty finding the words he needed to finish sentences, Lisa Marshall said.

“Instead of the word ‘airplane,’ he’d say, ‘that thing that goes up in the sky,’ ” she said. “He also became pretty forgetful, but the word deficiency was really hard to ignore.”

In 2018, Lisa Marshall took her husband to a neurologist for some tests and the results showed that he had early onset Alzheimer’s.

“Before his diagnosis, I always thought that Alzheimer’s was an old person’s disease,” she said. “Now I know better.”

In January 2019, Peter’s memory worsened and he had to quit his job, Lisa Marshall said. The following year, she also quit her job to become his full-time caregiver.

To cope with the daily devastation of watching her husband’s memory fade, she started a Facebook blog, Oh Hello Alzheimer’s, which she hoped might help other caregivers facing the same challenges.

“I get messages every day from people saying, ‘Thank you — now I don’t feel so alone,’ ” she said.

Since the wedding, she has noticed an even more rapid decline in her husband’s cognitive ability.

He now spends almost an hour making his bed each day and he needs constant supervision, she said. Five days a week, she gets a break for a few hours when a bus driver picks him up and takes him to adult day care.

Lisa Marshall knows the day is approaching when she might have to place him in a memory care center, but she said she can’t think about that yet.

“One day at a time,” she said. “I don’t know who I am to him now, but I know that he definitely loves me and feels safe. When the bus brings him back home each day, we’ll sit on the porch for an hour and hold hands.”

On difficult days, she remembers what her husband told her as they danced to their favorite song, “Brown-Eyed Girl,” after they renewed their wedding vows.

“He whispered in my ear, ‘Thank you for staying.’ ”

Author of the story: Cathy Free is based in Salt Lake City and has written for Reader’s Digest, People Magazine and several newspapers. She has been a regular contributor to The Post since 2018.